You are a secret Agent who begins work for the Airem as Hacker. Hacking servers of global corporations for profit, stealing data, manipulate the stock market, modify peoples academic or criminal records, laundering money, erasing evidence, framing innocent people. Do not trust anyone.

Use bitcoin to upgrade your hardware and buy new software. Connect to many unique servers, each of which has something different. Some servers are just a little fun, but others actually contain vital bits of the game. Airhack (The Origin project) was founded in 2000. This is the oldest thing known on the Internet. 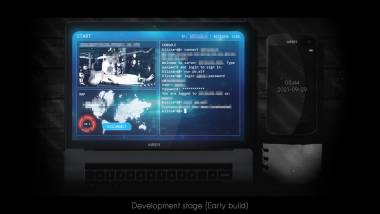