Hellfire Fortress is a strategy game with intuitive controls, endless replayability and a HELL lot of fun!

Hellfire Fortress is currently in the alpha stage with a fully payable 1v1 battle mode. Join our community now, help us improve with your feedback! We will ship many updates in the Alpha stage and together with your help we make this game the best it can be!

In the classic 1 vs 1 mode you’ll face sheer endless waves of demons and thus the goal is straight forward: Your Fortress needs to survive longer than your opponent’s! It’s your task to set up an army and strategically invest in economy while constantly leveling up your Fortress.

You better be prepared for shenanigans though. During combat, both players may hire Merciless Mercenaries and cast Powerful Spells to sabotage their opponents plans and ultimately have them overrun by demons!

Hellfire Fortress is created by two Indie-Developers and 1v1 is only the beginning! We’ve got 4v4 Team PvP, Massive (8+ Players) Coop Raid Bosses, endless replayability with randomized waves and frequent content patches, lots of customizability, special fun modes and events, competitive ladder system and many other awesome features in development! And the best? You can be a vital part in it by obtaining the early access version and joining the Hellfire Community! 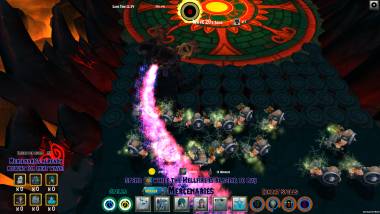 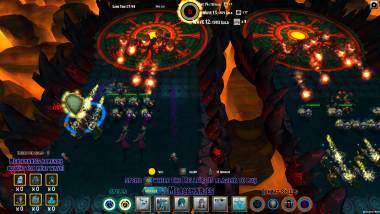